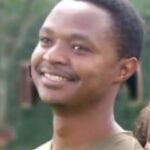 of Arusha, Tanzania, has played a critical role in the more recent promotion of the Vetiver System in Tanzania. He writes …

“My greetings to you from Mara region in the Lake Victoria zone of Tanzania. … Not known to many, we established in June 2017 a What’s app group called VENIT (Vetiver Network in Tanzania), after an intensive and comprehensive training by Elise Pinners (TVNI Director) and Jane Wagesa (Kenya Vetiver Network Coordinator). Subsequently we have been applying vetiver systems for various applications including pond side stabilization, soil and water conservation in agro-forest farms, rural roadside stabilization, domestic water supply pipeline protection, farmers’ managed natural regeneration, and more. This small “Whats app” group has increasing numbers of instrumental professionals and vetiver geeks year on year from various corners and relevant specialties in the country and from abroad. I warmly invite you in the group https://chat.whatsapp.com/I50eAJGSEGUDNZZ5lF8UqW and join our efforts in expanding our vetiver network.

We have established a Face book page (a rejuvenation of the Tanzania Vetiver Network —TAVEN) please find the link: https://web.facebook.com/groups/2040872335953289/

Our group received the first quality vetiver slips from Mzee Fred Machange all the way from Dar Es Salaam to Igunga town, Tabora region, the next, more than 20,000 Vetiver slips came from Singida. This is an indication that Vetiver grass has spread to many places in the country without any formal promotion – which why we have the network with the objective of a better organized promotion of vetiver applications.

We participate in international webinars, the most recent being IWEco’s that focused on VEEP– Jan 2022

I am looking forward to being part of the great efforts we all make towards this miracle grass!”

Vetiver has a long history in Tanzania. 90 years ago, Dr. T Eden, a leading tea scientist recommended vetiver grass as the best solution for erosion control in tea growing areas of the Usambaru Mountains of Tanzania.

A preliminary data from a 1996/1997 comparative trial at Kilolo (near Iringa) found “All applied soil erosion control measures greatly reduced soil and water loss by surface runoff. Vetiver grass lines virtually stopped the loss of soil and reduced the amount of water lost by surface runoff by 85% on average. In total – 110 tons soil/ha was lost on average from control plots during 3 growing seasons compared to less than 2 tons/ha from Vetiver plots”.

Mr. Poul Richardt Jensen, Agriculture Adviser, HIMA-DANIDA, Iringa wrote at that time:
“We are just about to finish distributing about 50,000 splits of vetiver to farmers in the project area. Agreed, it is not very much but this is what we can handle this season. We will try to increase our nursery production to 100,000+ this year but at the same time we try to advocate the farmers own multiplication. Mostly because it seems as if the use of vetiver is ever going to reach anywhere then we will have to operate in numbers of many million splits and not just in numbers of thousands as today. And that will be difficult to manage in central nurseries.”

The HIMA-DANIDA project must have been the key activity that initiated the informal movement of vetiver, and is probably the source of most vetiver in Tanzania. VENIT, TAVEN and others have a great opportunity to expand Vetiver System applications throughout Tanzania. They have made a good start and should be supported in this work. Join the network!! Congratulations to Goodluck and his many colleagues.