Skip to content
Home › Soil Erosion – A Hidden Catastrophe not far away!

Soil Erosion – A Hidden Catastrophe not far away! 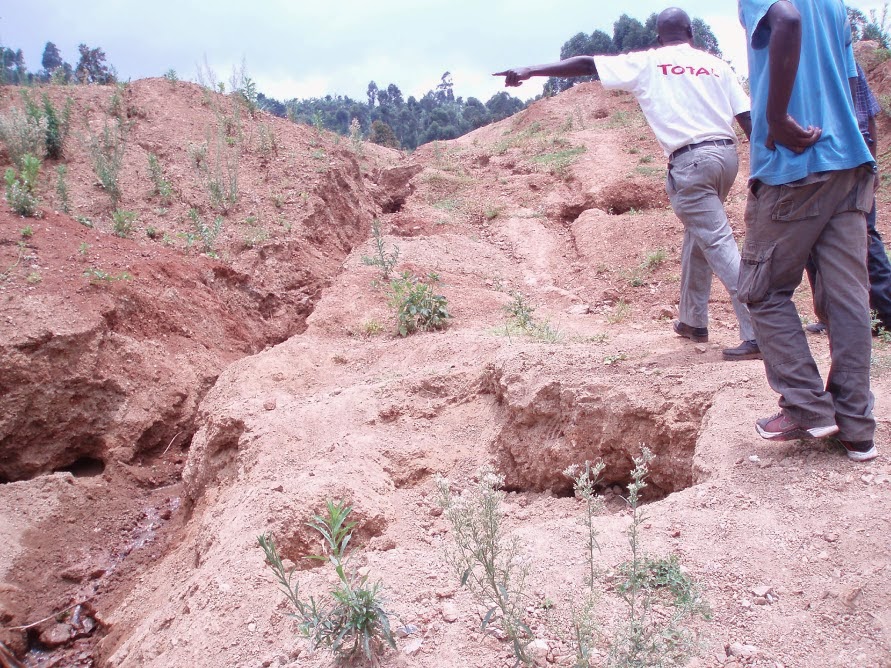 David Pimentel and Michael Burgess (both of Cornell University) have published a paper “Soil Erosion Threatens Food Production” that everybody who works in the agricultural and natural resources sectors should read. An abstract of their paper follows: “Since humans worldwide obtain more than 99.7% of their food (calories) from the land and less than 0.3% from the oceans and aquatic ecosystems, preserving cropland and maintaining soil fertility should be of the highest importance to human welfare. Soil erosion is one of the most serious threats facing world food production. Each year about 10 million ha of cropland are lost due to soil erosion, thus reducing the cropland available for world food production. The loss of cropland is a serious problem because the World Health Organization and the Food and Agricultural Organization report that two-thirds of the world population is malnourished. Overall, soil is being lost from agricultural areas 10 to 40 times faster than the rate of soil formation imperiling humanity’s food security”.
Also recently a young Ethiopian graduate, Tekalign Negash Terefe, carried out a study, “Farmers’ Perception on the Role of Vetiver Grass in Soil and Water Conservation in South Western Ethiopia:-The Case of Tulube Peasant  Association; Metu District” of a farmers’ association that used vetiver for soil and water conservation.  The study, although not large, arrived at some interesting findings and insights. Part of the abstract reads “This study identified that Vetiver grass is the cheapest and easily handled by farmers of the area. The assessment of farmers’ perception on Vetiver grass and its use for soil and water conservation showed that most of the farmers got awareness by the NGOs. But illiteracy, land size and ownership problems hinder the further expansion of vetiver grass to the area.  This study also identified that Vetiver grass is a very simple, practical, inexpensive, low maintenance and very effective means of soil and water conservation, sediment control, land stabilizations and rehabilitation. Farmers who planted vetiver grass on their farm land have been benefited both in land management and as a source of income which improved has their socio economic status in the community”.

David Pimentel is a well known and respected scientist, who incidentally was part of the National Research Council committee that reviewed the potential of Vetiver Grass and published – Vetiver Grass – A Thin Green Line Against Erosion (1993), and his views and comments, although not necessarily new, are important, and in the paper he and Michael Burgess ably bring together a wide disclosure of the rather threatening problems we will face as a result of a failure to control erosion.

Tekalign Terefe, a young man with less experience, has carried out a useful field study of how some of the problems highlighted in the Pimentel – Burgess paper can be mitigated through the Vetiver System when applied by small farmers in the developing world and what may be preventing an expansion of the technology.

I suggest that you read both and share with others!