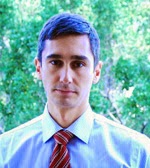 TVNI has agreed that José Luis Cortés Cortés be the Network Coordinator for the Vetiver Network Spain. José is an architect and engineer. He got involved with the Vetiver System because he had to solve a serious slope stabilization problem. From then on, five years ago, he started an in depth study of vetiver. Through his journey he discovered TVNI.
The mission of the the Vetiver Network Spain is to introduce VS to Universities, Governments and private industries in Spain. The Network would: (a) pay special attention to assuring that those who use VS use it properly; (b) create a national network comprising suppliers and technicians who are committed to VS. Web site: http://xn--vetiverespaa-khb.es/