DURING a recent tour through the Caribbean Archipelago, I observed soil conservation practices on St. Thomas, St. Vincent, and Montserrat that seem worth reporting.

Very little farming is carried on in St. Thomas. What little there is, is done by the farmers of French descent, and is mostly limited to the northern coast. It was around these French rural settlements that the Agricultural Experiment Station, under the USDA, was established a number of years ago. The station endeavored, among other things, to establish soil conservation practices that would not only permit the efficient utilization of the land, which is very scarce indeed, but also offer the farmers an example worth following. Figures 1, 2, and 3 show the method and the results. The method seemed so attractive that the neighbors took to it readily and soon put it into practice on their own plots. The hard labor is done during the late afternoon hours. As can be observed from the photographs, this section of the island is very steep and rocky, and it is normally 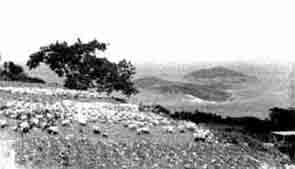 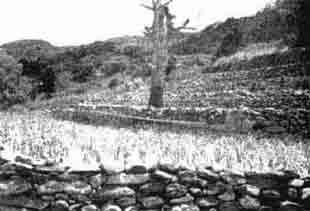 FIG. 2. Rocks are used to hold the land and form the "bench" for the terrace. 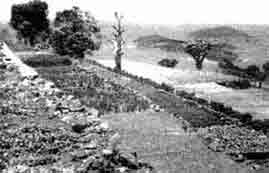 (Figs. 1-3 were taken at the USDA Experiment Station.)

FIG. 5. Water from roofs and watercatchments is led to tanks and then piped into the gardens. 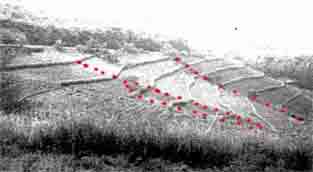 FIG. 6. In St. Vincent, British West Indies, khuskhus (Vetiveria zizanioides) is planted in rows on contour lines to hold the soil. [Note how the hedgerows crossed drainage lines and gullies (red dots) that are obviously now stable. Also the road that runs above the fields and just below the forested area has been protected with vetiiverEd]

covered with xerophilous scrub. The rainfall amounts to about 45 inches a year, but is poorly distributed. Before terraces came into use, the nomadic practice of clearing a spot, exploiting it for two or three seasons, and then abandoning it was in vogue. Now, although a great deal of work is required at the start, the plot is not abandoned. While a first crop of bananas and/or dasheens is being raised the terraces are being built, slowly but surely. Usually afterwork hours are used, to avoid the heat of the day, and neighboring farmers may help each other. In the course of this labor some land may be washed out if a shower hits while the soil is loose and bare, but once past this stage the land is very effectively conserved (Fig. 4). Some of the farmers have made enough progress to afford a truck and a garage. Rainwater from the roofs of the houses is caught in tanks or in small catchments (Fig. 5), and, as the farmer prospers, it may be piped to the garden and the plants sprayed by hose. Thus the French farmers of northern St. Thomas can provide the local market nearly the year round with at least part of the fresh vegetables needed.

The situation on St. Vincent is entirely different, for this island is largely agricultural. The soils are of volcanic origin, and on the whole are porous and well drained. Rainfall is much higher, but frequent drains are obviously unnecessary. The island produces 70 per cent of the world's arrowroot starch and a large proportion of the peanuts raised in the West Indies. These are raised on both large estates and small holdings, but from our observations, everyone seems to be soil conservation-minded. Vetiver, or khuskhus grass (Vetiveria zizanioides), is widely used to hold the soil in place (Fig. 6). Frequent cutting keeps the grass from going to seed, and the tops are used for mulching. Occasionally strip planting is practiced, alternating arrowroot and other root crops like yams, taniers, etc. Agricultural officers are not yet satisfied, but do not like to recall the days when the people would not even let the government lay the contour lines and plant the grass for them, free of charge.

Montserrat, one of the Leeward Islands, also practices soil conservation. In places where rocks are abundant, they are placed in heaps, or occasionally in rows, heaps starting on top of another large rock to save space. Even in apparently level places, where erosion seems negligible, rows of khuskhus can be seen planted to conserve the soil.

Suffice it to say that the little islands of St. Thomas, St. Vincent, and Montserrat have soil conservation practices worth observing by some of the islands where erosion is still an unsolved problem, and where heavily eroded slopes are frequently seen.

The following is adapted from John Greenfield's report of a trip to inspect the use of vetiver on the Caribbean nation of St. Vincent in 1989. He arrived at a time when a large-scale erosion-control scheme using bulldozers and expensive terracing, to be financed with foreign capital (bilateral donor), was being proposed to the people there.

Vetiver grass was introduced to St. Vincent as the major soil conservation measure more than 50 years ago. It was used primarily in the sugar industry to stabilize fields of sugarcane, but found its way all over the island as a stabilizer of road cuttings, driveways, pathways, and tracks along hillsides. Whoever introduced the system did an excellent job, as virtually all the small farmers put their vetiver-grass plantings on the contour. This, together with the resulting contour farming, has saved St. Vincent from the ravages of soil erosion.

Throughout St. Vincent, I stopped to talk to farmers, and the general consensus was, "surely you haven't come all this way to tell us about khus-khus (as it is called locally); we have known how good it is for over 50 years!"

I drove up the leeward coast of St. Vincent with the government official responsible for soil conservation, Mr. Conrad Simon of the Ministry of Trade, Industry, and Agriculture. We visited one of the old sugar plantations (now abandoned) where vetiver-grass barriers had formed stable terraces 4 m high. After 50 years, the grass was still active, and there was no sign of erosion. In other areas, vetiver barriers planted on more than 100 percent slopes were providing full protection against erosion and had been doing so for years. The only area where I noticed erosion starting was where people had pulled out the vetiver on the "riser" of a terrace and planted food crops. Major rills had developed down the face, depositing deltas of silt on the terrace below.

When I pointed this out to Mr. Simon, and later discussed it with his colleagues and supervisor, Mr. Lennox Diasley in Kingstown, they all agreed that vetiver grass had given them perfect protection for the past 50 years. So why should they replace it? The main reason seems to be that nobody has ever told them that their system of soil conservation is possibly the best in the world today.

The vetiver system of soil conservation has served St. Vincent well and is a silent partner in the island's farming production. The people have lived with the grass all their lives; indeed, it has become so commonplace that they do not see it. In other words, they have passed those vegetative barriers every day without appreciating the natural terraces that have formed from soil that would have been lost had it been allowed to wash to the sea. But this "silent sentinel" doing its job 24 hours a day, 365 days of the year, has been protecting St. Vincent for the past 50 years. On top of that, it has cost the country nothing.