The general manager, Mr. Hong Hao, showed me some photos (see below) reflecting this year's work conducted by Hong Ri Company. He told me that the company carried out one large vetiver project this year, and it is in the campus of Huizhou University. This is a newly-established univeristy, located in the central part of Guangdong Province, about 160 km away from Guangzhou. He also said that the project lasted so long, from April 23rd to August 13 due to the influence of bad weather, mainly storms.

The average cost of vetiver vestablishment was appoximately Yuan 9 (US $1) per square meter. In the order of US$ 0.5 -1.0 per linear meter of hedgerow. 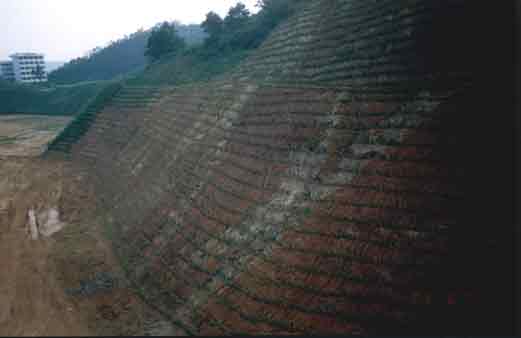 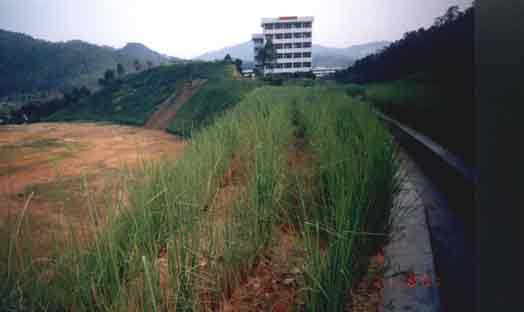 Unimproved slope behind buildings subject to erosion and slippage Slipping slope behind building planted and stabilized with vetiver grass Another view of stabilized slope